Tarmac is one of the most commonly laid surfaces in the UK as it's a relatively cheaper option than many other surfaces.
After time, tarmac that is not treated will dry out/fade and with constant exposure to sunlight and harsh weather conditions tarmac can start to fade, cracks can start to appear and pot-holes start to form.

If this sounds like your tarmac surface, fear not as Homefront Driveways and Patios Ltd can restore your tarmac/asphalt back to its former glory, even repairing the pot-holes and cracks.

Our proven tarmac restorer can transform the look and appearance of any 'tired' looking tarmac surface for the better, leaving it looking like new at just a fraction of the cost. 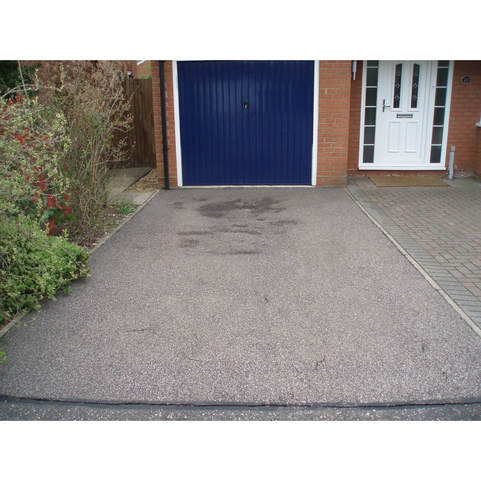 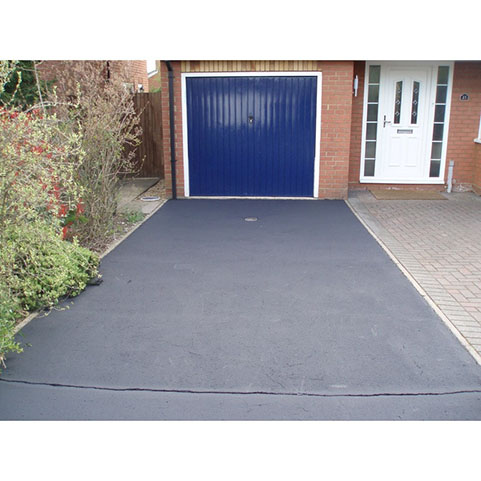 Why not Call Us on 0800 1075162 or contact us now via our online form for your FREE no obligation quotation.

0800 1075162
info@homefrontdriveways.co.uk
"I am very pleased with the excellent work. I would recommend to everyone I know." 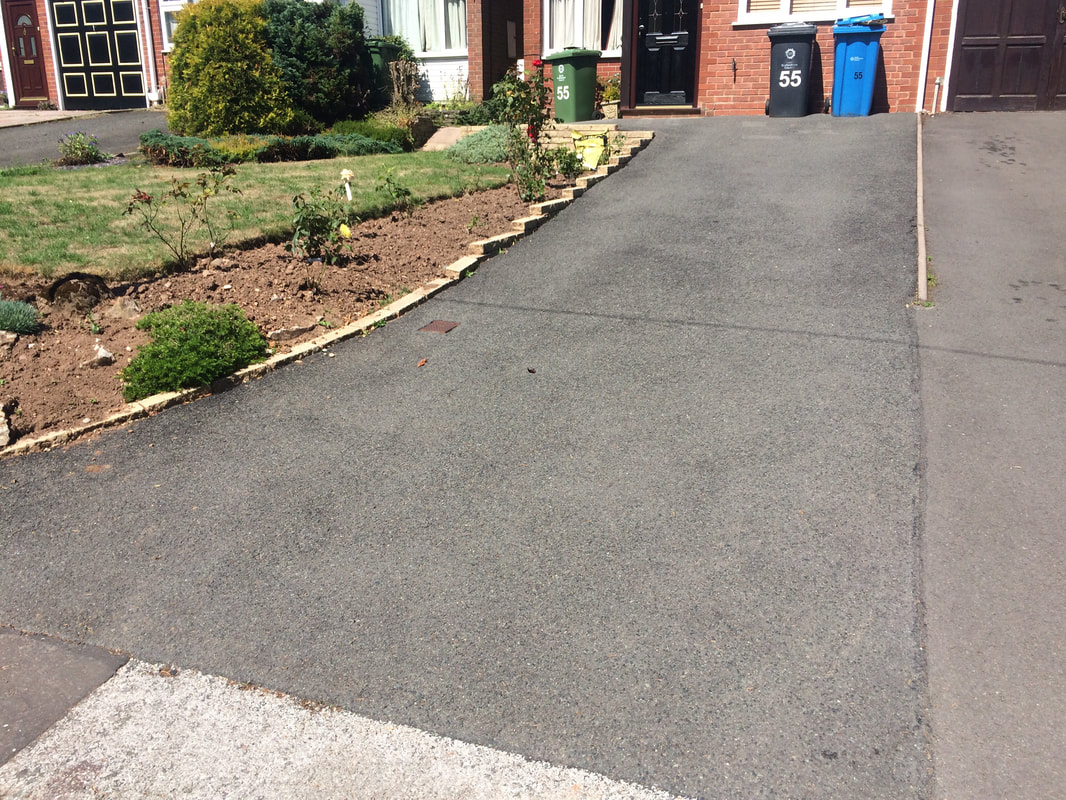 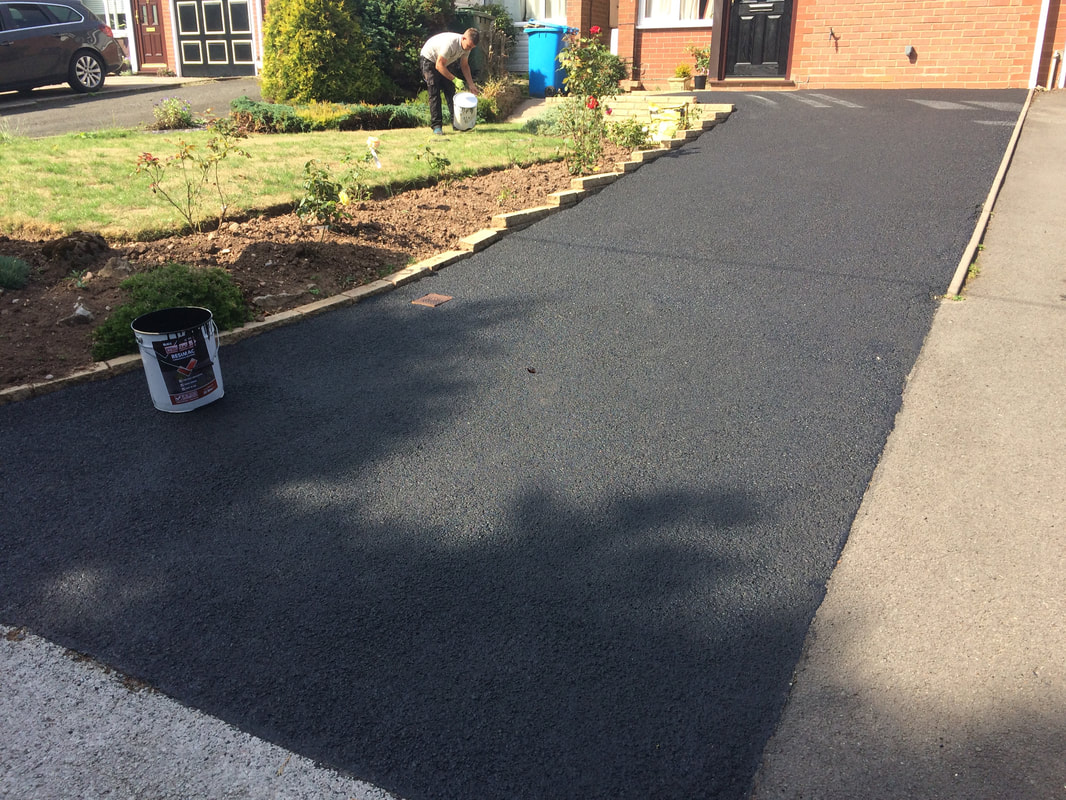 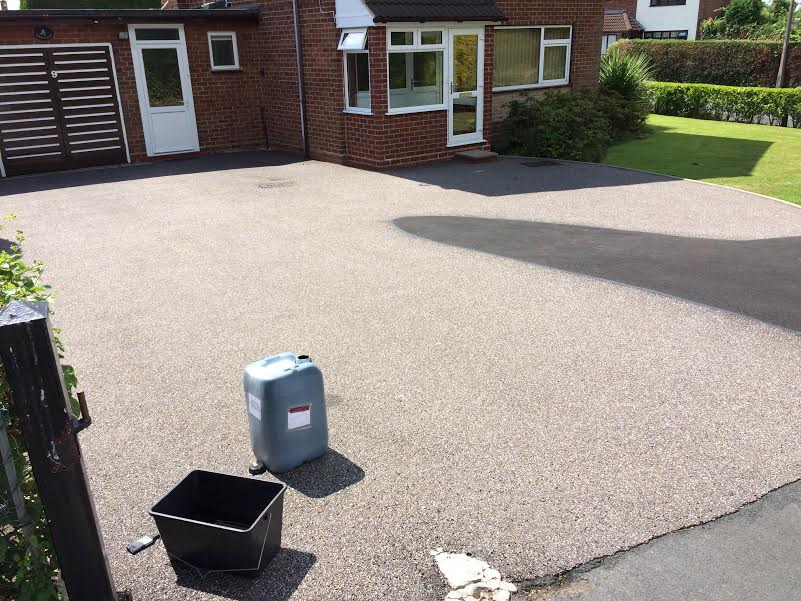 Not just a tarmac paint

When looking into getting your tarmac drive restored and gathering quotes off different contractors, always ask what product they are using and do your research into that product. On many occasions we have had customers who have had quotations at stupidly low prices off their local handyman or window cleaner who simply use a tarmac paint which fails within months of being painted onto the surface and then the customer is simply back to square one.

We use a tarmac restorer and not just a paint.

The major differences between the two are - a tarmac paint simply sits on top of the surface which in time then just starts to peel with weathering and vehicle traffic, whereas a tarmac restorer on the other hand soaks into the surface and contains an acrylic resin which your drive once had in when newly laid, it also has added UV filters to protect the tarmac from the damaging effects of sunlight.​

The name tarmac was original derived from John MacAdam, who developed the process in the West. He used tar, which can be found naturally, to hold the small stones together, hence the name tar macadam, or tarmac for short.

Nowadays, as the binding agent for the aggregates is bitumen, a by-product of the oil refining process, rather than tar, it is known as bitumen macadam, shortened in the trade to bitmac

Tarmac driveways are the cheapest option for a permanent driveway. Tarmac or Bitmac is a cheap, flexible medium made up of rock, shale and asphalt cement.

Since some of its ingredients are extracted from crude oil, tarmac and asphalt are very dark. Some contractors will mix the asphalt with a polymer dye for a more pleasing appearance. Generally these driveways last about 15 years.